While the concepts in this chapter apply to all versions of QLab, the approach is rather specific to QLab 3. The QLab 4 approach is very different and is discussed here.

The default cue level and crosspoint settings for Audio cues are really only useful and appropriate for a 24-channel audio file, matrixed one-to-one to 24 audio outputs. 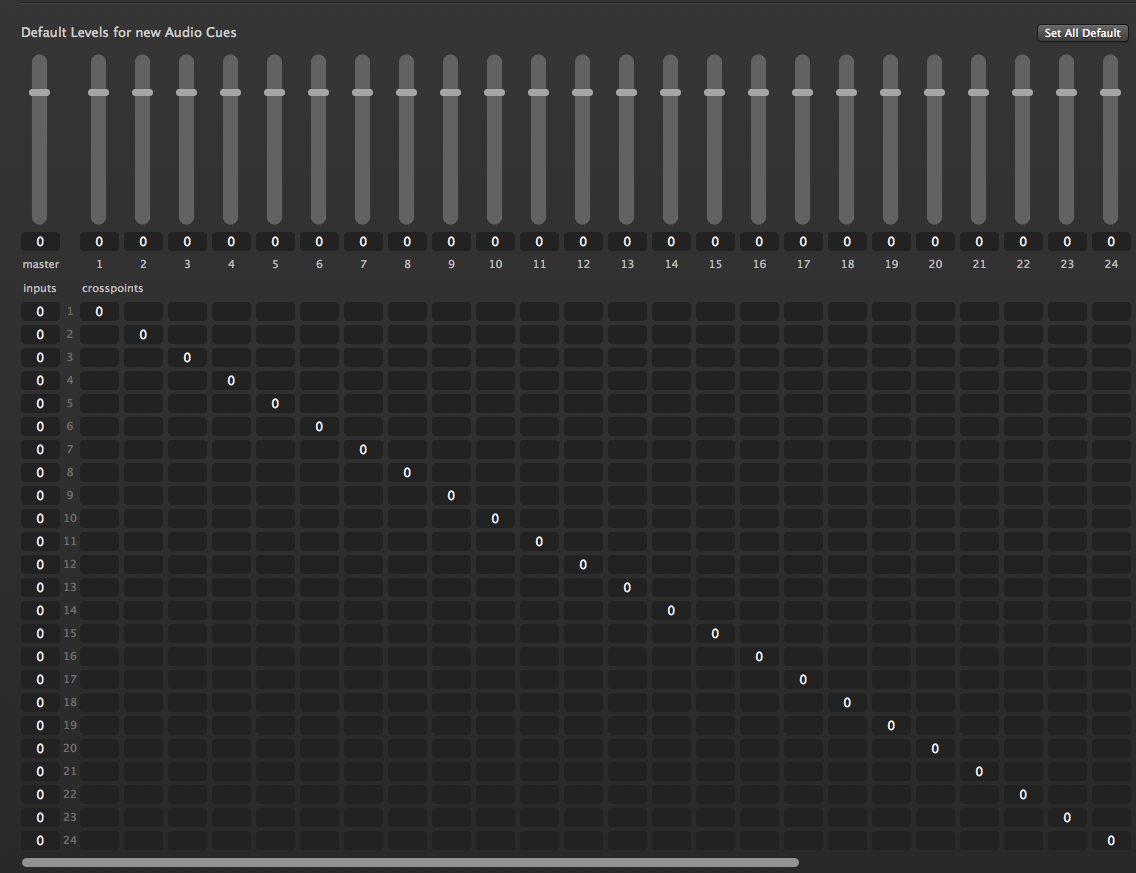 Since roughly 99.99 percent of shows using QLab are not likely to use such a configuration (although as a side note, this is basically exactly how the playback works for NBC’s annual live musicals), it’s probable that your workflow could be improved substantially by creating new default levels for new audio cues in Workspace Settings → Audio. In this example, we will assume that the bulk of our audio files have two channels. We will also assume that we want to manipulate levels primarily using the level sliders, only rarely altering crosspoint values. In this example we have ten audio outputs on our interface assigned to speakers as follows:

At this stage you may have two questions:

Q: How do I name the cue level sliders? 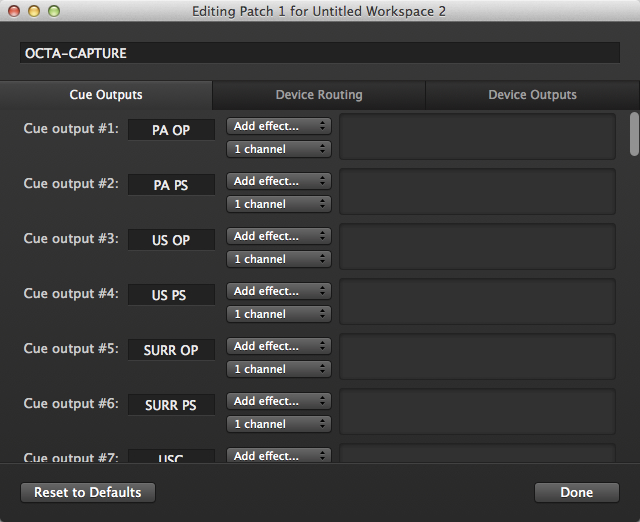 Q: What do OP and PS mean in these names?

Going back to our named channels, we have six outputs that are most likely going to be used as stereo pairs:

and four outputs that are going to be monaural:

USC (Upstage Center), SUBS (Mono), and 2 feeds to practical loudspeakers on the set, GRAM, and RADIO.

Given that, in this example, most of our audio material is mixed as stereo, our default levels and cross points might be set up in settings/audio like this: 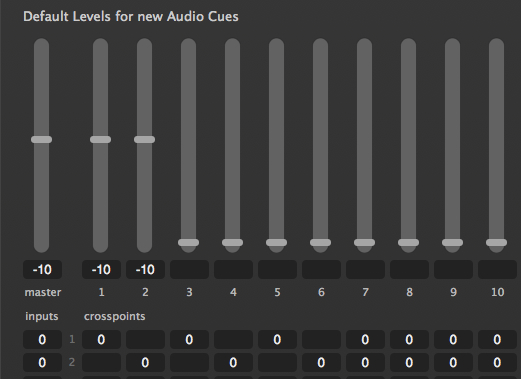 This creates cues with the following default settings in the Device & Levels tab of the inspector: 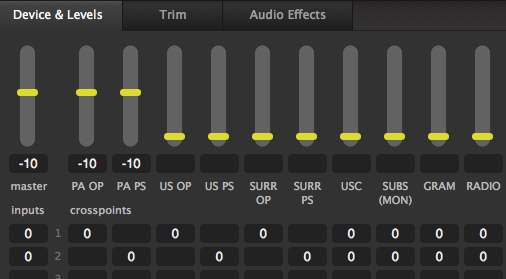 After making this change, when we drag an audio file into the workspace the cue will, by default, plays from the main loudspeaker system (PA OP and PA PS) at a moderate volume. It also means that all the other sliders are immediately ready for use, and that sound can be sent to these outputs just by raising the slider levels. It also ensures that stereo audio files are premixed to mono for our four monaural feeds.

We may also usefully gang our three stereo cue outputs in pairs. This can be achieved in Workspace Settings → Audio by using Assign Gangs, and then putting an identical alphanumeric character in the gang fields you wish to group like this: 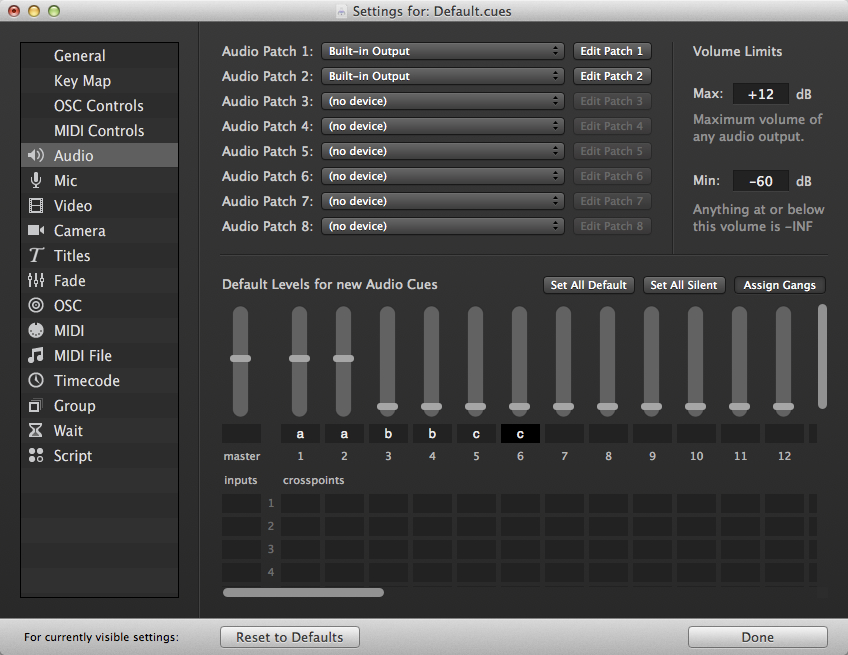 The example workspace shows the classic ‘non-diegetic’ to ‘diegetic’ audio curtain up sequence, otherwise known as “the one where the music starts front of house and crossfades to a record player or radio on stage.”

Here’s a screen recording of the sequence being created, in a workspace with the defaults set as above:

Written by Mic Pool, with a fairly heavy editorial hand by Sam Kusnetz.