The Audition Window allows you to listen to or watch cues privately without running them through your entire sound or video system. It also allows you to work with your cues when your playback system is not connected, or not turned on. You can think of it as a surrogate destination for all outgoing audio and video. 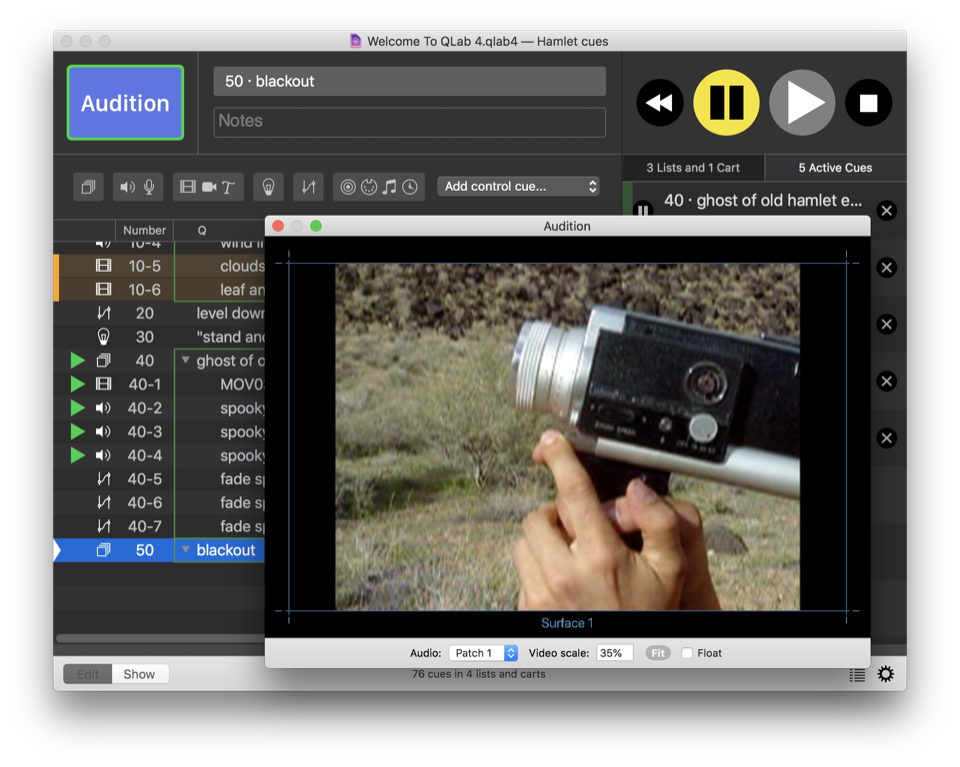 You can optionally set the Audition Window to float on top of all other QLab windows by checking the box marked Float.

This is a convenient way to simulate a headphone or pre-fader listen (PFL) bus: if you’re using patch 1 for your audio interface, then you can assign patch 2 to your headphone jack or other local monitoring output, and hear the audio out of that alternate device by opening the Audition Window.

You can scale video played in the Audition Window by any desired percentage using the scale control in the footer of the Audition Window, or you can click Fit to have QLab set the scale according to the current size of the window. It’s best to click Fit while a Video cue is playing, otherwise QLab doesn’t know what to measure against.

While the Audition Window is open, QLab will not transmit changes to Art-Net or DMX outputs. You can run cues and make changes in the Light Dashboard, but the actual lights in your system will remain unchanged.